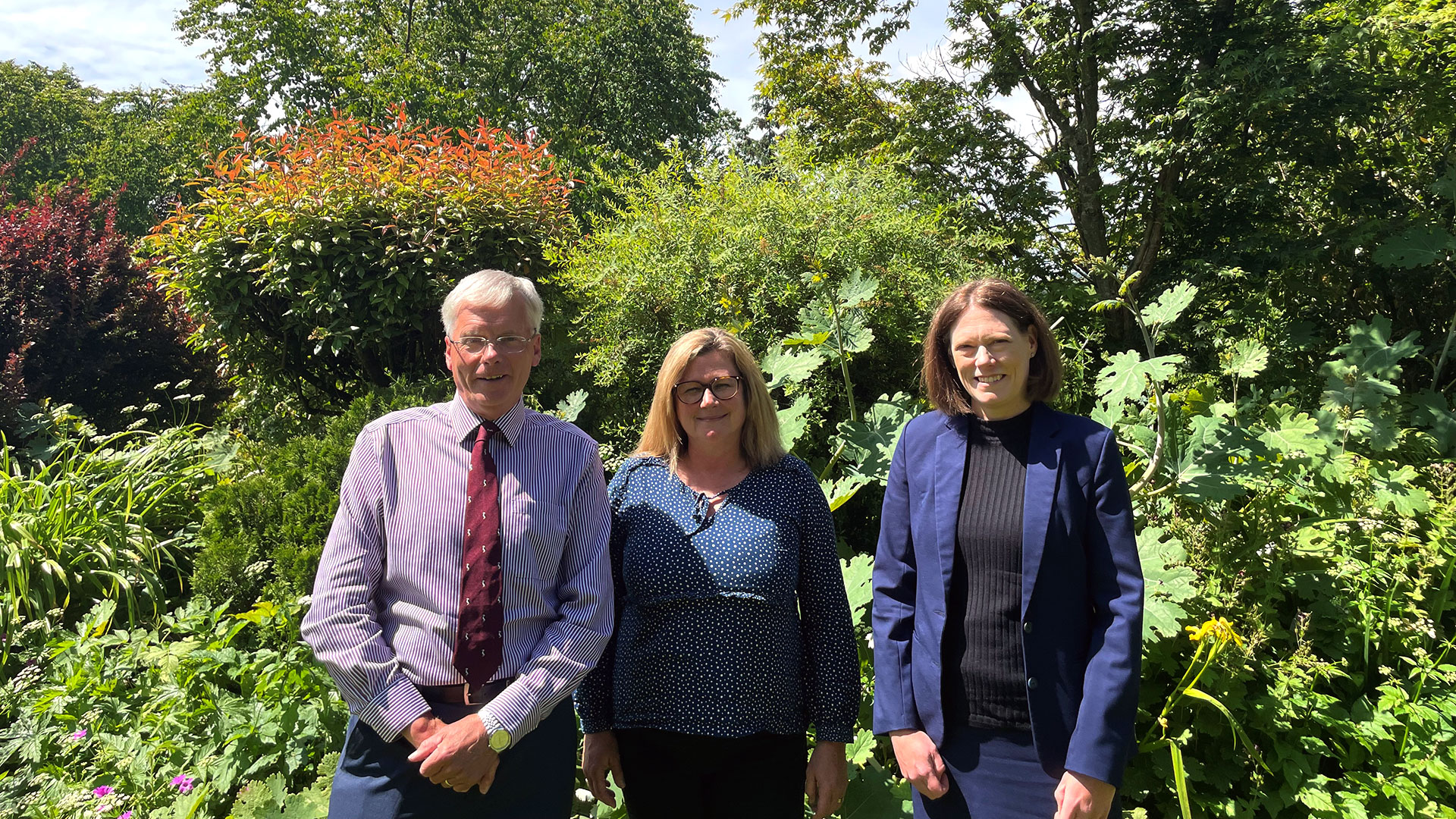 Cumbria Tourism’s Annual General Meeting (AGM) has today officially heralded a number of important changes to its Executive Board and Presidency.

Standing down, Eric Robson was recognised at the AGM for his invaluable support of the county’s Destination Management Organisation in his role as Cumbria Tourism President over the last three years.

Renowned broadcaster and author Eric took on the honorary role in 2019 following a long-standing association with Cumbria Tourism, including a number of years as Chairman. Most recently he was awarded an OBE for his services to tourism in the 2021 New Year Honours list and he will continue to champion the county’s tourism industry on the national stage.

Eric’s successor as President will be current Cumbria Tourism Chairman Jim Walker, who has a breadth of senior management experience in a range of public and private sector roles, such as the Chief Executive of the Lake District Estates Group and Head of Cultural and Tourism Services at South Lakeland District Council.

A fellow of the Tourism Society, Jim is also currently Chairman of Eden Tourism Network and has been an enthusiastic supporter of Cumbria Tourism during the whole of his 40+ year career in tourism in the county – including a stint as the organisation’s Interim Managing Director in 2017.

As a special thank you for his 12 years of service on the Cumbria Tourism Executive Board, Jim was presented with two Cumbria Crystal Grasmere Double Old Fashioned Whisky Tumblers – as used by James Bond actor Daniel Craig in Casino Royale.

The Annual General Meeting (AGM) at the Castle Green Hotel in Kendal also saw the appointment of three new Non-Executive Director roles, following a rigorous application process. All three will offer specialist knowledge and expertise to the organisation:

Each newly appointed Non-Executive Director will hold office for a term of three years; they will then retire and be eligible for re-election for a maximum of three terms.

Jim Walker comments, “It has been a huge privilege to serve as Chair of Cumbria Tourism’s Executive Board during the last 3 years. The pandemic has required us to dramatically strengthen our work to support our members during one of the most difficult periods of the organisation’s history. Thanks to a superbly experienced and skilled board of directors together with the most brilliant staff team we have come through this and supported Cumbria’s valuable visitor economy to the very best of our ability.

“Being proposed for President by the CT Board and following in Eric Robson’s highly capable and high-profile footsteps is an amazing and completely unexpected honour for me. I look forward to this new role immensely and will do everything I can to continue to support our members as we navigate the many new challenges our industry now faces.”

Eric Robson comments, “Working with Gill Haigh and the talented management team at Cumbria Tourism has been a privilege and a pleasure. May I wish Jim well in his new role and of course I’m available to help in any way I can.”

Cumbria Tourism offers its sincere thanks to Eric for his long-standing service and contribution, along with the Board members also stepping down following their terms as valued Non-Executive Directors and observers:

The organisation’s new-look Executive Board will select a new Chairperson to replace Jim Walker when it meets for the first time in July.